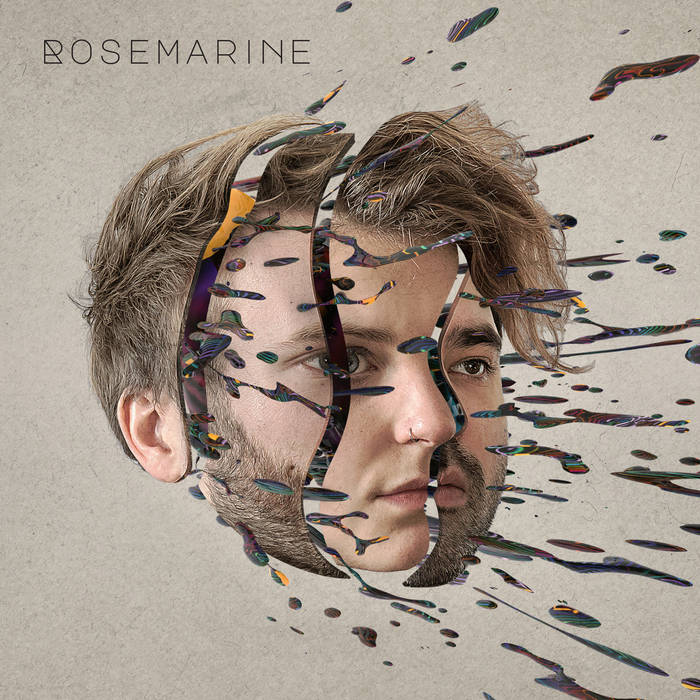 Trashy, grungy vibes combined with electronic sounds of tomorrow, framed by outstanding songwriting of highly acclaimed musicians is what makes this band an experience in itself. It ́s an artistic statement, a sonic trip, a recreation of a musical identity that sets the band up into a new artistic journey where a sensitivity for clear pictures goes hand in hand with powerful soundscape and a deep connection to their musical roots.

ROSEMARINE is a brand new Crossover band formed by Danish singer Mia Knop Jacobsen, Ukrainian guitarist Igor Osypov and German drummer Philip Dornbusch. The album was recorded at the Eastcote studios in London and mastered by Doug Henderson. The band started out as a trio with voice, guitar and drums. Despite having known each other for a while, it was thanks to a concert in 2017 the three musicians have found each other. This event made them realize the strong and unique artistic bond they share with each other. To find musicians with the same passion, the same energy, the same goals, the same musical and lyrical understanding for story-telling and songwriting, is pretty rare. That makes each single song an experience in itself – and the band is ready to share it with the world.

ROSEMARINE is hard to put into one category since their musical soul reaches out for the freedom not to be put into one specific genre only. Yet, „alternative“ might be the closest you can get. The songs are original, unique and combine elements of rock, pop and electronic music. No song on the album is like the other, although there is a clear red threat throughout the whole album. What ́s fascinating about this band is the idea of creating big sounds with a small bandstand. While listening to the songs one would barely believe there are only three musicians involved. And that ́s what is important to the concept of ROSEMARINE.

In addition to that, each musician gets the space for their multi instrumental spot. Beside the guitar, Igor Osypov also plays the bass, keys and multiple effects. Philip Dornbusch expands his acoustic drum set with electronic sounds to take the color of the songs to a new level, while the singer Mia Knop Jacobsen carries the songs with the use of effects and playing the keys as well. The latter works due to the high level of musicianship. All band members moved to Berlin to concentrate on a successful career as professional musicians. Now everyone is ready to make ROSEMARINE the next successful crossover band, that has the strong potential to bring the music to big stages and create a real fan base, that will get at least as much love back as the three musicians are putting into this band. Whether a beautiful sensitive ballad or a real smack in the face, this band is able to provide a variety of songs that makes the audience find their own personal favorite.

Bandcamp Daily  your guide to the world of Bandcamp